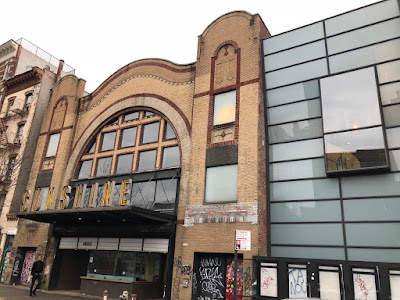 I walked in and chatted with a handsome heavily tattooed young man --- I have pasted the half way point in my life and the the PTSD and insomnia have aged me... I don't know if Mr Handsome Tattoos was kidding when he said a McDonalds was moving in but I can confirm a bit of Sunshine has now gone out on Houston, Lower East Side. 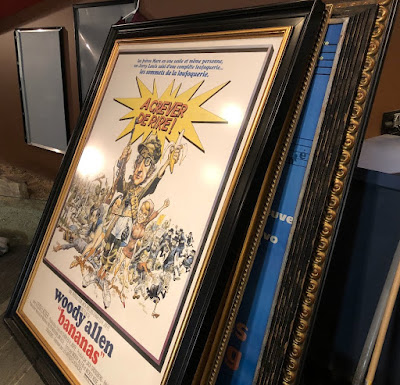 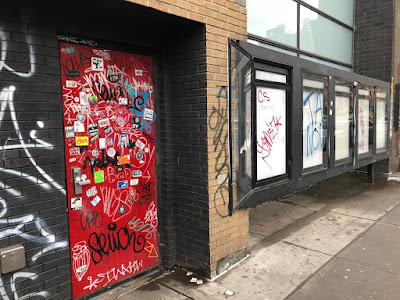 Mamoun came from  Damascus, Syria and he opened up the first falafel place ever in NYC in 1971!

It was and is still  in the original location on McDougall street and is open untill 5:00 am  which was a tradition that started in the 1970s!


Mamoun is survived  by four sons that  run this successful expanding business now transforming into a franchise.


With the exception of the first Mamoun store located in the West Village, each location has huge photos of NYC.   One of my favorite photos is of Mamoun himself, a young handsome man with long hair and a beard.


I’m writing this from the Princeton location (does not have late night hours) where there’s a large photo that says Cafe WHA?, FUGS, Bleeker St.    Well now a days,  all that remains is Bleecker Street and Mamoun’s—just joking —  but over the years we’ve watched the city struggle to hold onto the City’s Soul to what makes the city so unique and special...


as the city loses so much of what made the city the city and so many ethnic famous restaurants have fallen — the small falafel forerunner survives and flourishes!


The  teeny Mamoun’s on McDougall’s place is  reborn over and over — 2 in New York City different locations — always successful; Mamoun’s legacy  expanded to New Jersey and Connecticut and now the second generation is expanding across the country starting next in Texas .

Some people open a restaurant in New York City and it  closes in less than a year, some people have a successful run for five years or 10 years while this frontier falafel place is close to a 50 year anniversary — the second generation’s success is a tribute to Mamoun!


You can see one of Mamoun’s handsome sons on Rachel Ray!


My favorite foods are (vegan) the rice, lentil soup, babaganouj aka baba and the famous hot sauce!!!


Mamoun’s Falafel Birthed in NYC 1971 Expanding to Texas and Beyond...