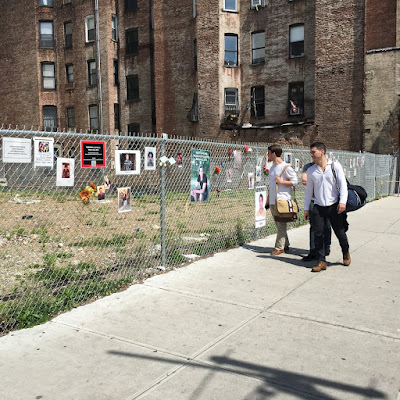 
For years documented on my blogs the City was negligent and there were water main breaks there, and gas problems and the street would break open over and over -- all documented....not surprised this tragedy happened....  the landlord may have huge guilt but too me it looks like the City had a role as well...

Delicious healthy -- the first Vegan store and chain of it's kind as I recall only far later did Juice Press come to be and now Chloe...  as a  Vegan I say the more the merrier....

The chocolate mousse is slightly different --- not as rich a little more like pudding and they are still getting in gear although there is a huge selection more than ever and a coffee bar area too!!!!!!

Sent from my iPhone 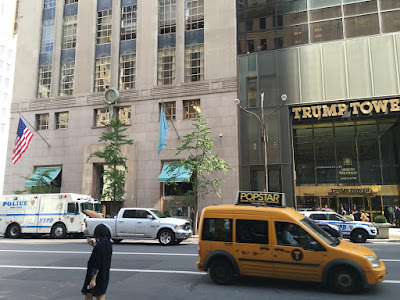 To the left is the Bomb Squad truck in the middle in front another NYPD SUV and NYPD standing right in the middle.  We know the NYPD are going to vote for Trump but are retired NYPD on Trump's payroll breaking the law and getting fixing and favors from the NYPD?

Donald has a retired NYPD officer punching protestors and stealing his protest sign and there has been no arrest for assault and theft so what goes Trump get from NYPD on duty or from the Bomb Squad any favors?  Any NYPD receiving any gifts from Trump...do retired NYPD call in favors to NYPD for Trump?

Jeffrey Espstein and Donald Trump are Mr. Favors..... you do them a favor they do you a favor?