11:52 NYPD mobilized and moving in

US Court House 500 Pearl Street -- don’t know if I will be there but if so I will try and dress and behave in a sedate way...maybe I will wear my Christine Quinn wig.

Why isn’t DOI caught off. If I had my way they would be investigated as well.

DOI Department of Investigation.....Mike Bloomberg’s puppet dept of investigation with another Cathie Black type Rose Gill Hearn. Her dad just got in a spot of trouble himself despite his powerful connections.

Question -- if Mike Bloomberg and Rose Gill Hearn try their CityTime works informercial under oath will that mean the US Attorney is letting Mike and gang get away with perjury?

FYI True News ripped off my Rose Gill Hearn Infomercial didn’t credit me and falsely blamed me for NY1 not posting on their website. The interview is proof enough for me along with Valcich letter that was kicking around when Rose came in to “cathie black” like power -- enough for me to wonder why Preet Bharara hasn’t cut ties and gotten down to it.

I have lose faith in US Attorney and I liked Preet but the Christine Quinn slush gate and the lack of any NYC gov officials arrested is a red flag -- I am concerned.

Cut ties with DOI and get FBI agents on it.

To watch click on link -- bottom of the YouTube screen is black. To the left 2nd symbol is for sound to raise it up.

To pause to read text -- click arrow to far left.

CityTime flawed Orwellian Time clock never was going to save the City money but it was going to make SAIC really rich!

ps The gossip I was told on 12th Street is some how Rudin has found a way to funnel a condo to Quinn on 12th Street. I have no way of verifying. Same person told me Rudin provides Koch with an apt dirty cheap. Guess he and Bloomberg similiar strategies same goal....ho hum.

http://occupywallst.org/article/reverend-billy-looks-forward-spring/#comments
Hallelujah!
bettydonnelly
If you want to lose my support keep up this silliness I want a completely secular movement Global in scope and dedicated to no Personality Cults. I don't need any Reverend, Priest,Rabbi,Pope telling me what to do. The Constitution guarantees my freedom from Religion as well as freedom of Religion. And don't you ever forget it !!!
[-] isupportoccupywallstreet 3 points 1 hour ago

i agree. this is sad. this guy should not be allowed to represent ows. Who chooses these videos?? also, why is no one there anymore? it is the center of a world movement. why even show it this way?

Too bad people give him the time of day. The green party backing him helped Bloomberg to barely win the mayoral election, Every vote counted. Too bad you don’t see this guy for the brand he “wants to be”.

great, two more reason im losing support for the occupiers: religious connections and protesters at a ron paul rally. somebody please unf@$k this mess, the same people who started OWS are not the same people who are planning things now. Whatever happened to ending the FED? sounds like infiltration by propaganda machine to move anger away from the FED. We fell for it again America 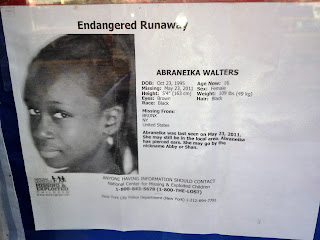 before I get to my YouTube Carmen Arroyo still on Public Advocate slum lord list!!!!!!!!!!! http://suzannahbtroy.blogspot.com/2011/12/httpwww_29.html
She is down to 52 violations vs 55!!!!!! That makes her even more qualified to serve the public!!!!!!!!!!!
http://youtu.be/8JPQ0ZPB6QA
warm-up for New Years eve
SAIC
Rose Gill Hearn DOI
Slush abuse
US Attorney DA Blind deaf dumb
Voter anger towards Quinn higher than Apple stock and much earlier than Bloomberg's incurred voter wrath....
http://mayorbloombergkingofnewyork.blogspot.com/2011/12/mayor-bloomberg-2011-scandals-saic.html
Ed Koch up to his eyeballs in corruption third term and his corruption ain’t nothing compared to Bloomberg’s...the largest white collar crimes ever and talk about a “City for Sale” and Betrayal” but the media continues to protect Mike Bloomberg...
New Years eve I will go over Haggerty Trial of course and a lot more == see you than!
http://suzannahbtroy.blogspot.com/2011/12/christine-quinn-slush-abuse-above-law.html
http://suzannahbtroy.blogspot.com/2011/12/murdoch-news-corp-scotland-yard-to-nyc.html
New Years eye Rudin Quinn real estate gossip could it be true.....after all I was also told Rudin provides cheap real estate Koch--stay tuned Hospital West Village.
Happy Holidays and a Blessed New Year.

Ed Koch up to his eyeballs in corruption third term and his corruption ain’t nothing compared to Bloomberg’s...the largest white collar crimes ever and talk about a “City for Sale” and Betrayal” but the media continues to protect Mike Bloomberg...
New Years eve I will go over Haggerty Trial of course and a lot more == see you than!
http://suzannahbtroy.blogspot.com/2011/12/christine-quinn-slush-abuse-above-law.html
http://suzannahbtroy.blogspot.com/2011/12/murdoch-news-corp-scotland-yard-to-nyc.html

You can see the man in the grey shirt and look to your right towards the one way sign --- really hard to see but a man in black directly across from him working on the scaffolding as pedestrians walk under neath which is no okay.

The two men could fall and if they do they could hurt themselves and hurt a pedestrian. They are not wearing protective gear. I believe there were others working with them.

Commissioner Limandri says to call but why bother? 311 and DOB are big jokes for the most part -- a huge waste of time and money.

These two men look like immigrant workers. If they get hurt do they go on DOB stats for injuries?

Would it be safe to say that DOB stats do not accurately portray the actual construction related injuries?

My guess is this photo show illegal activity and DOB will and has done squat. What for an injury and than maybe DOB will do something.

I don’t think so unless there is a death.

City Officials have all the politically correct words to say re: immigrants but do any of them do anything when it comes to their safety from Bloomberg on down?

Gorgeous photo on twitter can't upload from phone to blOg

Scotland Yard bought like a candy bar Murdoch News Corp - how about Kerik - FBI going to ask Brni Kerik if he has any knowledge of any possible hacking here in USA News Corp.?

Google Has Made My Life Heaven and Hell

Because of your partnership, this giving season we’ve been able to contribute to charitable organizations that are working to improve the lives of millions of people around the world.

All of us here, with deep gratitude, thank you for your continued partnership and wish you and yours a happy New Year.

The Girl With Dragon Tattoo USA

http://eastvillageeasteastvillage.blogspot.com/2011/12/occupy-wall-street-re-tweeted-norman.html
Thanks and gratitude to Norman Siegel and Howard Teitelbaum for speaking up for Occupy Wall Street and The People of New York.
Deutsche Bank and the City of New York lawyers have responded to their powerful letter and there will be future problems to carry a sign in to 60 Wall Street -- a public space privately owned by Deutsche Bank.
If you are harassed or told to leave because you are carrying or wearing a sign contact Norman Siegel. 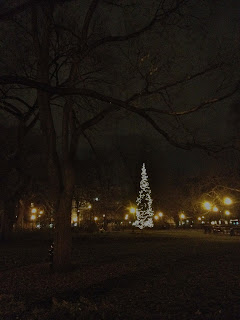 http://signon.org/sign/do-not-approve-nyus-massive?source=c.url&r_by=1819029
John Sexton ran down and testified Mike Bloomberg must have a third term and now you know why and also why he and every evil real estate magnate that would crush our community is giving truck loads of money to Christine Quinn Mike’s mini-me a puppet, a pathetic woman who sold her soul to NYU and Bill Rudin and Wall Street.
I posted this comment when I signed the petition:
I strongly urge you not to approve or support New York University’s massive planned 20 year expansion plan in the Village. The plan is not only wrong for the Village and surrounding neighborhoods, which would be severely impacted, but New York City and even NYU itself.

The plan requires undoing long-standing neighborhood zoning and open space protections and urban renewal deed restrictions, as well as selling off public land used as parks. NYU would shoehorn 2.5 million square feet of space – the equivalent of the Empire State Building! – into an area south of Washington Square Park which simply cannot absorb it. It would drastically tip the balance of this and surrounding neighborhoods. At best, in a mere 20 years, NYU would be back asking for more zoning changes and more public land to expand further.

There are much better alternatives. In the Financial District such development would be contextual and welcome, adding to the diversity of that growing neighborhood. It would be just a few minutes by subway and walking distance from NYU’s main hubs in Washington Square and Downtown Brooklyn. It would allow NYU vastly greater possibilities for future growth, and in a way that would help the city, not strangle and overwhelm some of its most historic and delicately-balanced neighborhoods.

you can click on image to see it larger
http://mayorbloombergkingofnewyork.blogspot.com/2011/12/norman-siegel-civil-rights-lawyers-to.html

http://m.nypost.com/f/mobile/news/local/elevators_from_hell_L0NVBqU4kuKnL1Rc7NcHqK
I ask don't stupid rich people need a hospital in W Village? We have an evil city planner commissioner Socialite mega millionaire Amanda the People's Burden so not protective zoning for hospital where St Vincents was. Media mostly could careless unless rich person dies. Finally post shamed in to reporting for the poor.

http://youtu.be/_V6hOPjpr58
Norman Siegel’s powerful letter to Deutsche Bank and NYPD lawyers re: 60 Wall Street includes a reference to this YouTube.....this morning when I reposted the video with my own two cents on censorship Clayton Patterson and I learned the articulate man in this YouTube from Occupy Wall Street Constitution Working Group is Kevin Keating.
Mind blowing -- he directed and produced Guiliani Time which exposed Guiliani as a Fraud (but at the time of the film he didn't now Rudy would bank roll his fraud in to 30 million dollars.)
and Kevin Keating worked for on Barbara Kopple Academy Award winning Documentary